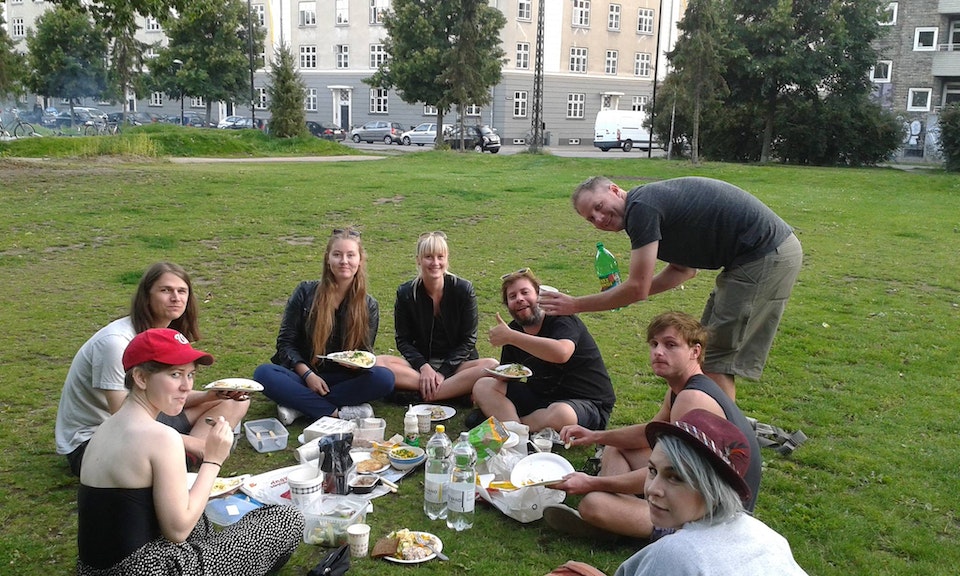 We are excited to finally launch our new website and update everyone with what we've been up to! This photo was taken this August during our first non-documentary feature film shoot in Copenhagen, Denmark! We had a heck of a good time out there making Solo Project, and we're excited to show our narrative work to the world next year. We are in the very final stages of post production and have just started to submit to film festivals.

Speaking of post production, we are deep in the world of Muddle Earth (our fantasy based documentary series we shot in New Zealand last year) and are very excited to get that finished soon too! We have 3 episodes that feel good and the story is really shaping up. We hope to have more news on the Muddle front very soon.

Other news includes us working with a couple bands as we always love to do. New York based band Tongues in Trees have just released a new record, and Will has shot and edited a couple different music videos and live performances that will be slowly trickling out over the next few months. Our good friend MiWi La Lupa also has a new record in the can and Mike spent some time at ARC Studios in Omaha during the recording process shooting a making-of doc featuring MiWi and his band, as well as producers Conor Oberst and Mike Mogis. That video is planned to be released in conjunction with the record release in early 2016.

Take a look around, check out the pics and vids, read about Muddle Earth and Solo Project, and hit us up. Cheers - LPF